Find the home you always dreamed about

for a journey as unique as you 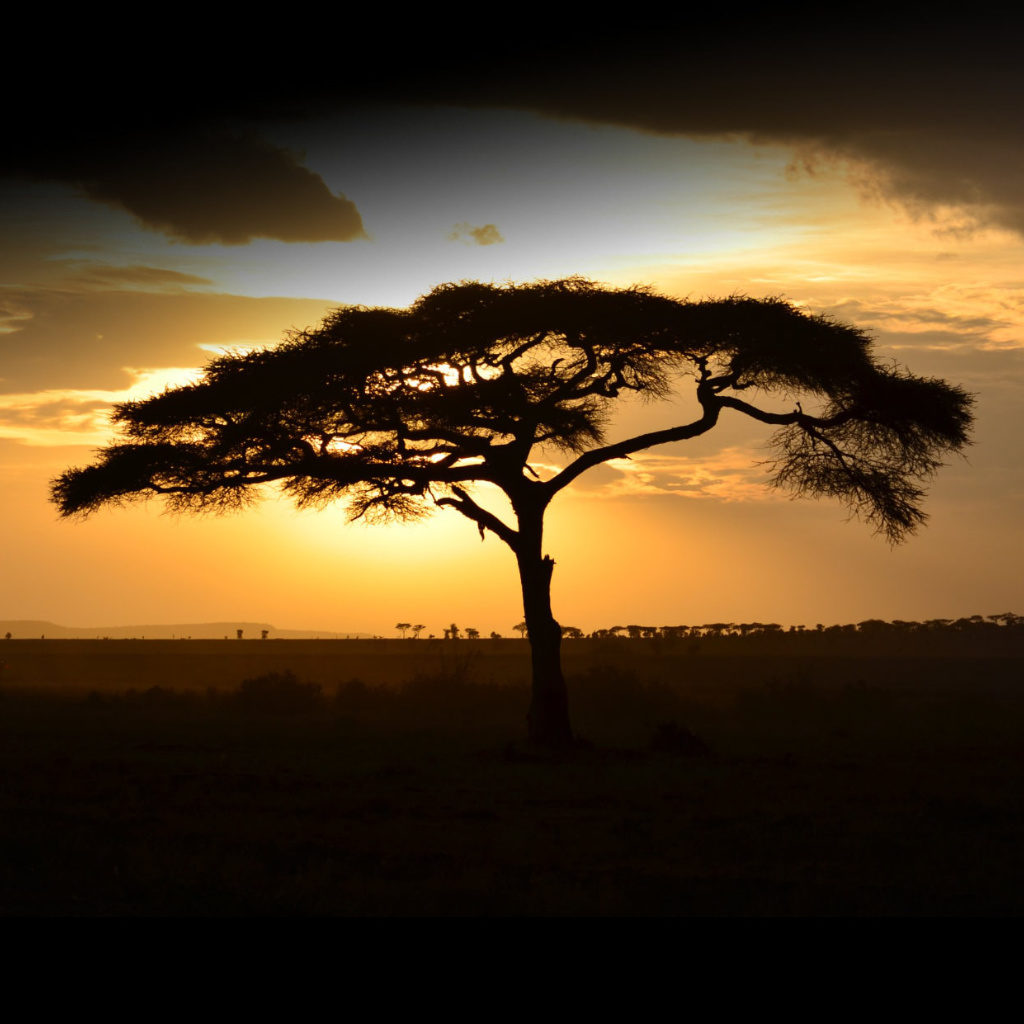 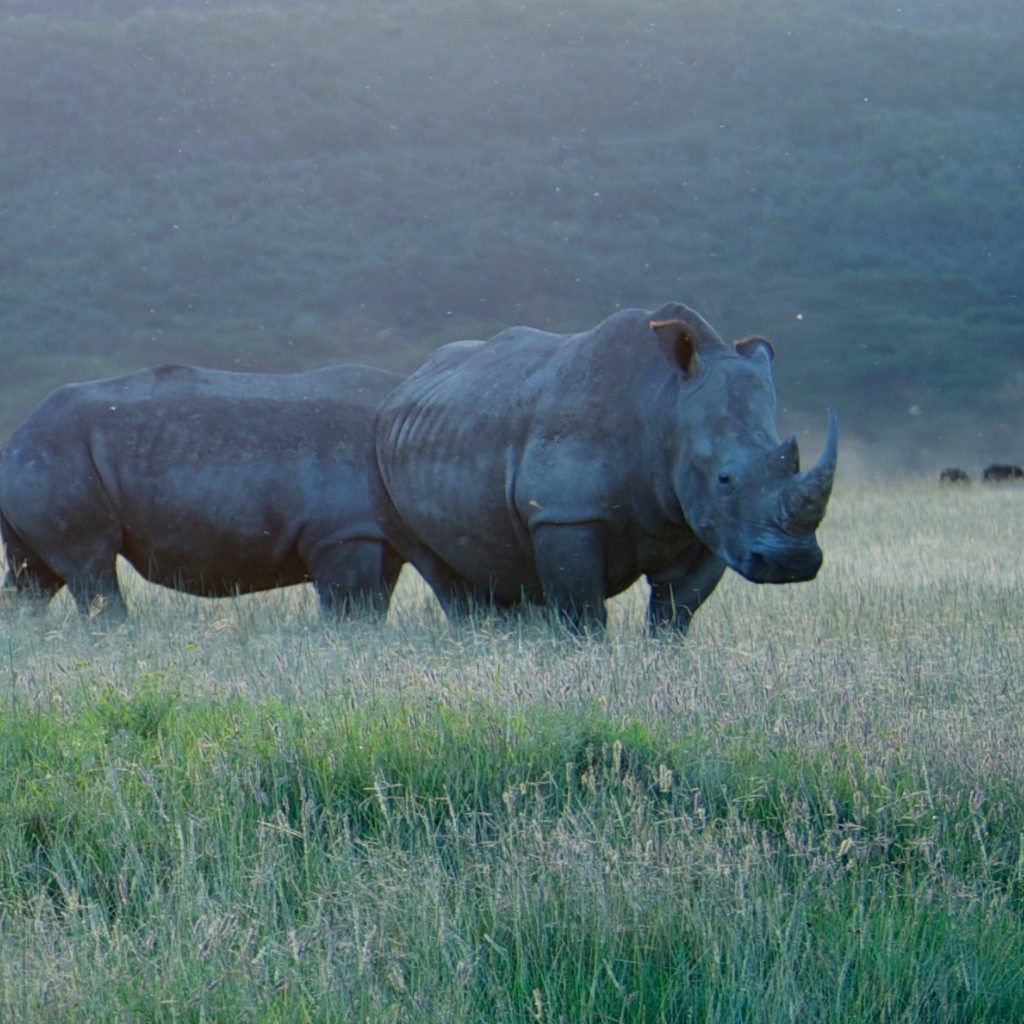 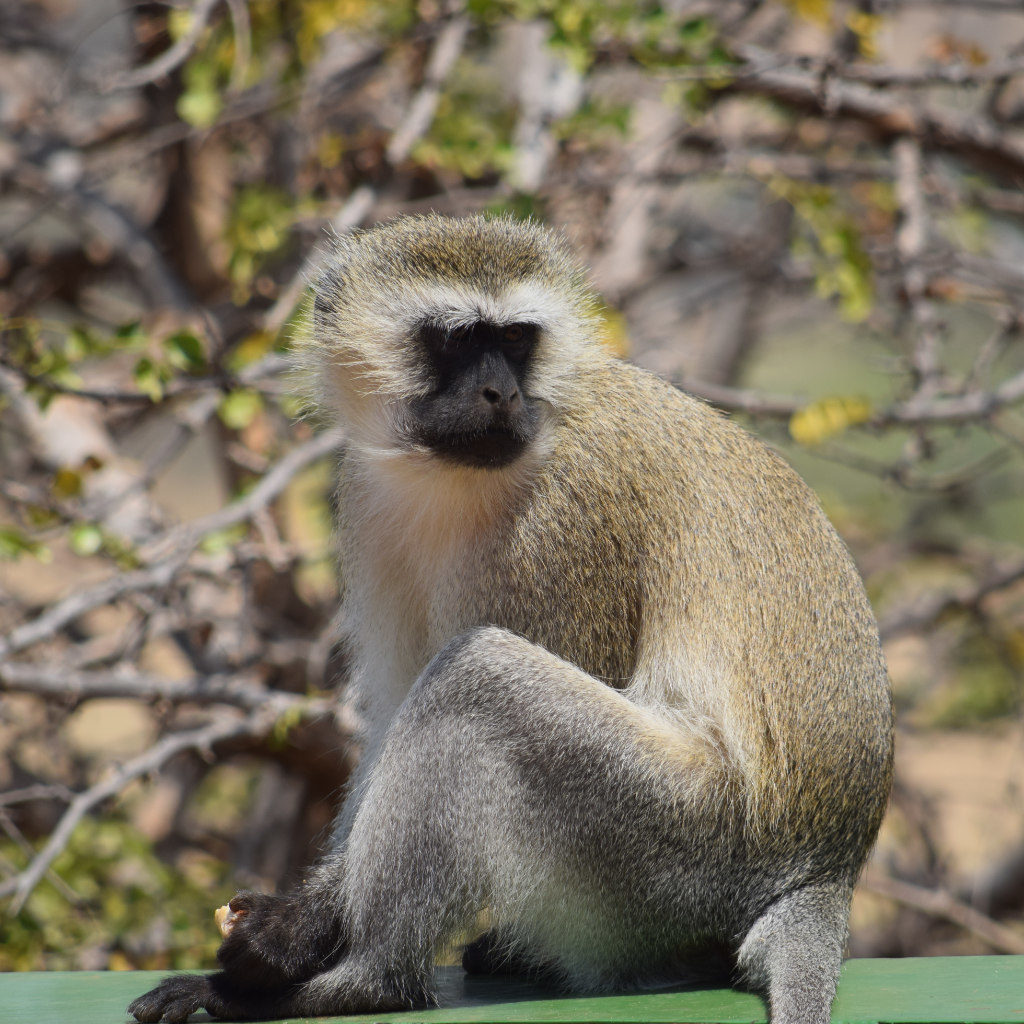 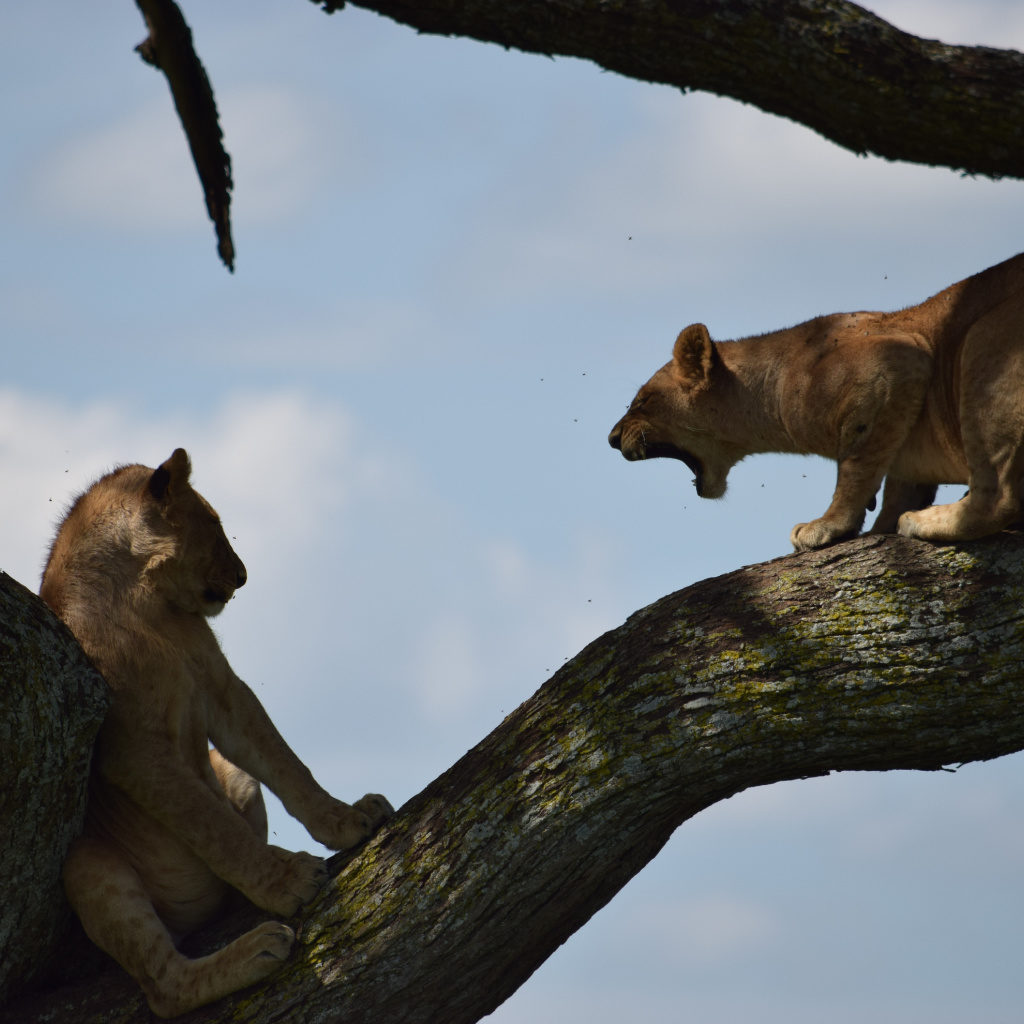 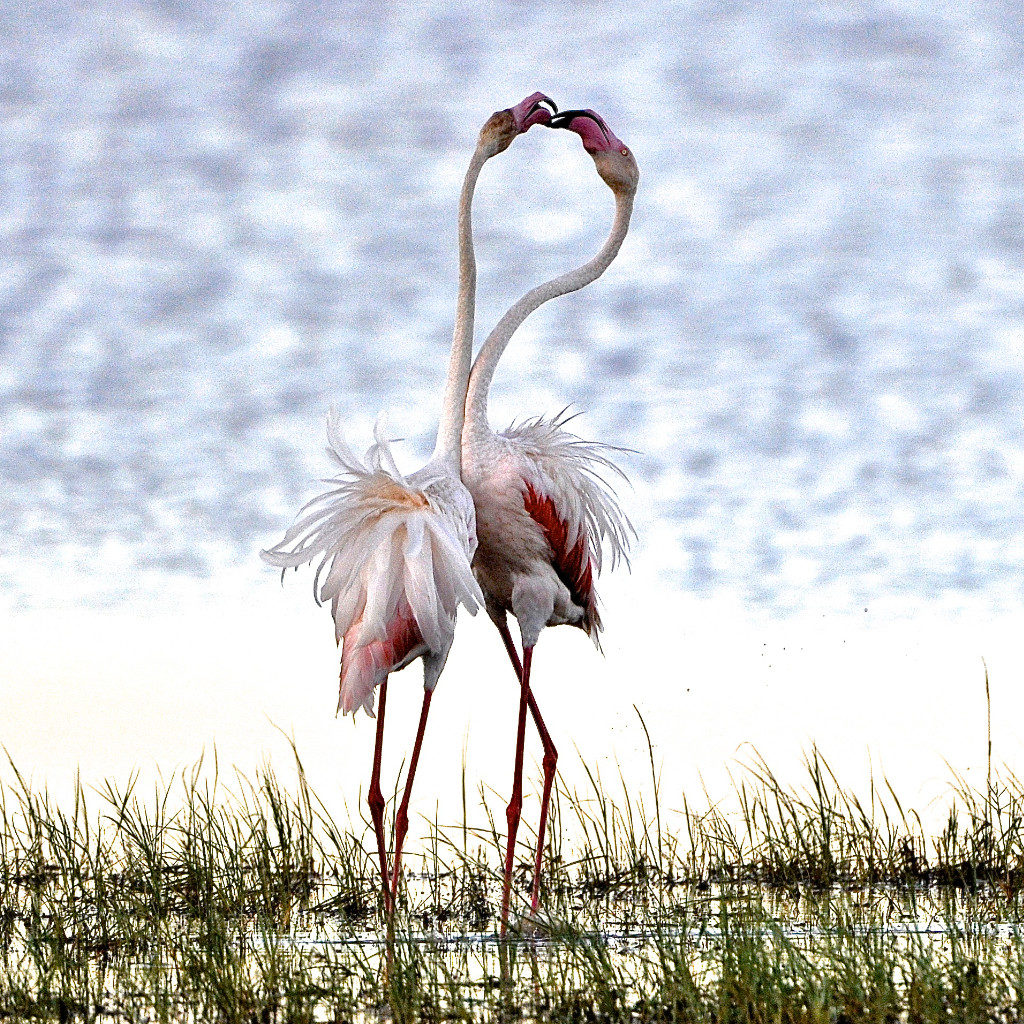 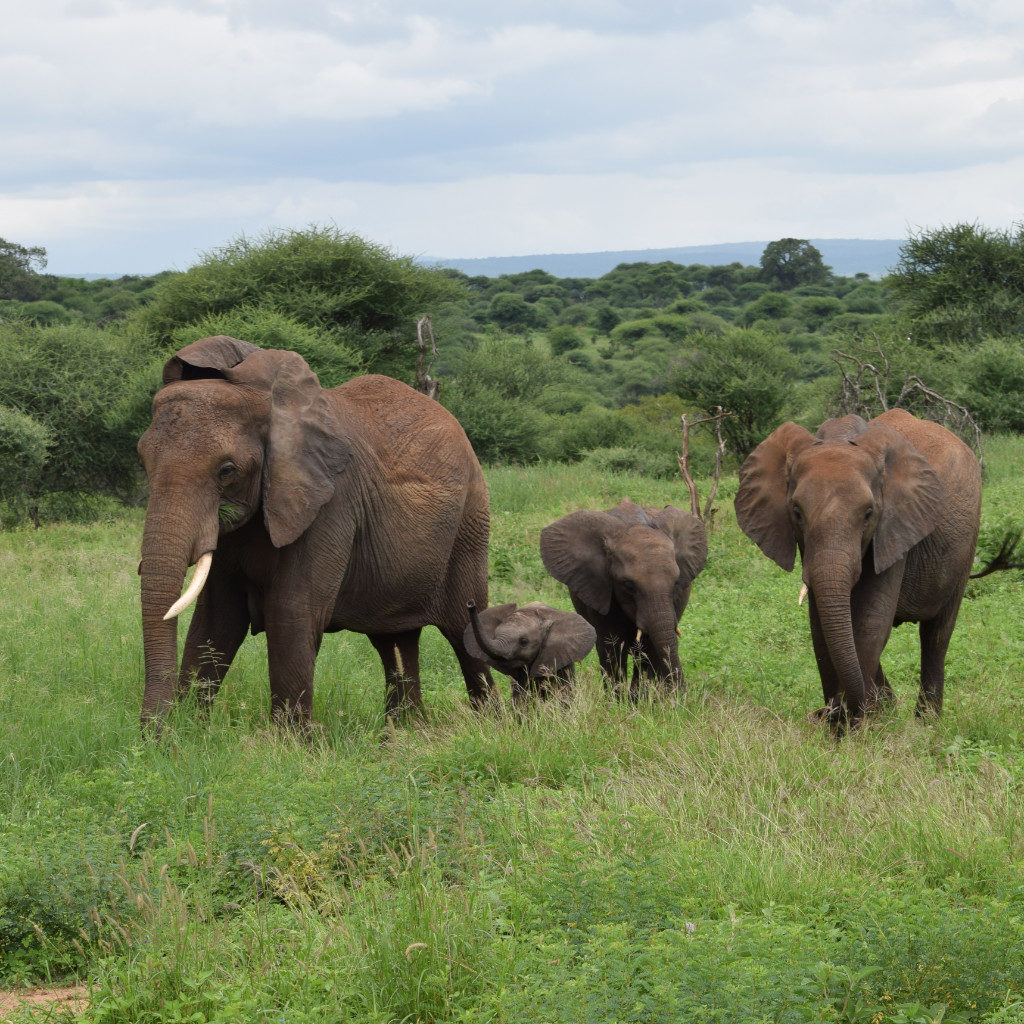 let us help your dream

Tell us about yourself. Once we learn more about you, we will recommend some travel ideas.

The Serengeti National Park is arguably the best known wildlife sanctuary in the world. Serengeti means endless plains in the Maasai language, Maa. The golden grasslands, expansive vistas and fiery sunsets represent typical Africa images for many. The park is 9,165 square miles (14,750 km) and is the second largest park in Tanzania. It is 335 km from Arusha which is a six hour driving or a one hour plane ride.

Every July to September, massive herds of wildebeest, gazelle, and zebra begin their spectacular migration from the southern part of Serengeti to the northern part of the park before heading on to Kenya. The Mara River provides excellent vantage points for watching hundreds and sometimes thousands of animals swim from one side of the river to the other. Watching can be both exhilarating as the animals make it safely across and occasionally heartbreaking as some are injured or taken by predators.

By December the herds have begun the long journey south to feed on the nutritious short grasses of the plains. January and February signal the start of the calving season. In one of the greatest spectacles of nature approximately 8,000 wildebeest calves are born every day at the height of the season.

In addition to the migrating animals, other common species also found here in the Serengeti include hippo, cheetah, giraffe, leopard, eland, rhino, impala, lions, hyena, and over 500 bird species.

Additional activities that can be carried out in the park are walking safaris and balloon rides.

The conservation is located approximately 3 hours’ drive west of Arusha and covers an area of about 8,200sq km (5,085 sq. miles). The conservation area contains beautiful scenery, wildlife, and is widely considered the cradle of mankind. Activities that can be carried out in the conservation area include hiking the Ngorogoro Highlands and visiting with its nomadic people, visiting Olduvai Gorge, wildlife viewing in Ngorogoro Crater, and hiking around the Empakai and Olmoti Craters.

The Highlands are best experienced on foot. There are many landscapes in the area including elevated volcanoes and craters, forests, and vast grassy plains. The walk skirts the edge of the Rift Valley where it is possible to descend to the base of the escarpment wall of Mt. Oldonyo Lengai which is known to the Maasai people as the Mountain of God. Lake Natron, the striking alkaline lake which serves as the breeding ground of the Lesser Flamingo, is a fitting end to an epic walk.

The Maasai people have long inhabited the Ngorogoro area. A visit to a boma, the traditional house of the Maasai, provides a glimpse into their traditional way of life. Their distinctive attire is the most famous of the many tribes in Tanzania.

Located within the Ngorogoro Conservation Area is the important archeological site, Olduvai Gorge. It is the place where Dr. Louis Leakey discovered the remains of Homo hablis which is regarded as mankind’s first step on the ladder of human evolution. This steep sided ravine in the Great Rift Valley that stretches across East Africa also contains tools and the fossilized remains of prehistoric elephants, giant horned sheep and ostriches. Tour the museum and enjoy the beautiful gorge.

The Ngorogoro Crater was formed when a giant volcano exploded and collapsed 300 million years ago. The resulting Crater is 610 meters (2,030 feet) deep with an area covering 260sq/km (161 miles). Descending into the crater in your 4x4 is a slow process but also affords a few extra moments with the wildlife grazing nearby. The Crater is home to one of the largest concentrations of wildlife per square kilometer worldwide. The very rare Black rhino inhabits the park making the Crater one of the few places where seeing the big five in one day is a very real possibility.

The craters are an area of great beauty. Empakai Crater is 985 feet (300 m) at its summit and over 3 miles wide. The crater contains a deep alkali lake that is home to many water birds. The crater rim offers views of Tanzania’s most recently active volcano on clear days. Olmoti Crater is a shallow grassy crater which is the source of Munge River. Exploring these crates can be a done in a day or extended over three days to include a trek to Lake Natron complete with a camp cook and donkeys to carry bags and equipment.

Arusha National Park (TANAPA) is a gem of varied ecosystems and spectacular views of Mt. Meru, the crater that gives the region its name

It is a popular destination for day trip visitors who are about to embark from the town of Arusha on longer northern circuit safaris. The small national park includes the slopes, summit, and ash cone of Mt. Meru, the Momela Lakes, Ngurdoto Crater, and the lush highland forests that blanket its lower slopes. Game viewing around the Momela Lakes is at a laid-back and quiet pace, and while passing through the forest many visitors stop to search for troupes of rare colubus monkeys playing in the canopy.

Climbing Mt. Meru or enjoying the smaller trails that criss-cross its lower slopes is a popular activity for visitors to Arusha National Park. The three-day trek to reach the crater’s summit is a quieter, and some say more challenging alternative than the famous peak of nearby Mount Kilimanjaro. Along the lower slopes, the paths to rivers and waterfalls create a relaxing day hike for visitors who don’t want to attempt the rather arduous climb. Ancient fig tree forests, crystal clear waters cascading from mountain streams, and a chance to spot colobus monkeys are the attractions and pleasures of Arusha National Park.

Located beneath the cliffs of the Manyara Escarpment, on the edge of the Rift Valley, Lake Manyara National Park offers varied ecosystems, incredible bird life, and breathtaking views.

Located on the way to Ngorongoro Crater and the Serengeti, Lake Manyara National Park is worth a stop in its own right. Its ground water forests, bush plains, baobab strewn cliffs, and algae-streaked hot springs offer incredible ecological variety in a small area, rich in wildlife and incredible numbers of birds.

The alkaline soda of Lake Manyara is home to an incredible array of bird life that thrives on its brackish waters. Pink flamingo stoop and graze by the thousands colourful specks against the grey minerals of the lake shore. Yellow-billed storks swoop and corkscrew on thermal winds rising up from the escarpment, and herons flap their wings against the sun-drenched sky. Even reluctant bird-watchers will find something to watch and marvel at within the national park.

Lake Manyara’s famous tree-climbing lions are another reason to pay a visit to this park. The only kind of their species in the world, they make the ancient mahogany and elegant acacias their home during the rainy season, and are a well-known but rather rare feature of the northern park. In addition to the lions, the national park is also home to the largest concentration of baboons anywhere in the world — a fact that accounts for interesting game viewing of large families of the primates.

A soda lake at the base of the active Ol Donyo Lengai volcano, the area around Lake Natron is often described as having a desolate and almost lunar beauty. Lake Natron is found in the northern part of Tanzania. Nearest towns to Lake Natron are Arusha in Tanzania and Magadi in Kenya. It is the most important breeding site for Lesser Flamingos in the world.

East Africa has 1.5-2.5 million Lesser Flamingos, representing three-quarters of the world population and most of them are hatched at Lake Natron.  Food is plentiful, nesting sites abound – and above all, the lake is isolated and undisturbed.  The lake and its ecosystem provides a source of livelihoods to the local communities.

High levels of evaporation have left behind natron (sodium carbonate decahydrate) and trona (sodium sesquicarbonate dihydrate). The alkalinity of the lake can reach a pH of greater than 12. The surrounding bedrock is composed of alkaline, sodium-dominated trachyte lavas that were laid down during the Pleistocene period. The lavas have significant amounts of carbonate but very low calcium and magnesium levels. This has allowed the lake to concentrate into a caustic alkaline brine

Walks around the lake and to the streams and waterfalls along the nearby escarpment make for a fantastic adventure off the beaten track.

There are a number of campgrounds near the lake, which is also the base for climbing Ol Doinyo Lengai.

The Tarangire River has shriveled to a shadow of its wet season self. But it is choked with wildlife. Thirsty nomads have wandered hundreds of parched kilometers knowing that here, always, there is water.
Herds of up to 300 elephants scratch the dry river bed for underground streams, while migratory wildebeest, zebra, buffalo, impala, gazelle, hartebeest and eland crowd the shrinking lagoons. It’s the greatest concentration of wildlife outside the Serengeti ecosystem – a smorgasbord for predators – and the one place in Tanzania where dry-country antelope such as the stately fringe-eared Oryx and peculiar long-necked gerenuk are regularly observed.